An online artificial outing of extremely unreasonable sense, so as to be foolish or (not) taken serious. Written by Bo V and Aïda G.

TBT: The best is yet to come 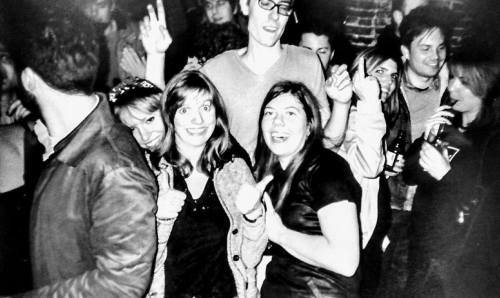 New Year’s Eve. High expectations. I expected to get drunk with my friends on cheap wine, while spooning as much chocolate pudding as I could in my – thanks to Christmas turkey- already exploding tummy.

What I didn’t expect, was that I would spend the end of 2016 in a stranger’s house, with three greyhounds daring to poo all over the house if I didn’t immediately take them for a freezing winter walk. I also didn’t expect to be back at my temporary home the next day (the next year actually) covered in New Year’s cake. I can assure you, this year it’s all gonna be about low expectations.

Dragging my exhausted body to the bathroom, I start reminiscing about the past year. I wonder how I got myself here, wiping whipped cream from eyelids. Everyone says 2016 hasn’t been the best year. With loads of terrorist attacks and poor refugees trying to escape the bombing in their hometown,  it’s seen as a black year. And although I’m not arguing with the terror of these events, I still haven’t lost any of my optimism.

So instead of thinking of the latest attack in Berlin, I look back at the time me and my friend kept throwing coins in the Trevi fountain because we didn’t remember how to do it the right way – is it with your left hand or with your right hand? I think back of the food fight I had in Rimini with my hostel family and the time we fell asleep on the pool table . Or the time I ended up doing shots in an ice cream bar in Florence with a bunch of au pairs from all over the world. I remember having the best time dressing up for an 80’s party where – of course – no one else was dressed up so we totally looked like we were on a hen night. I think back about the time in Venice we rented a fake gondola because we couldn’t afford a real one. I look back at a camping trip in Slovenia with my oldest friends, having fired up discussions about the best branches to make a camp fire. Or the time we decided to give a dozen English lads an impression of ‘All I want for Christmas’ in a sketchy karaoke bar on an impulsive roadtrip to Amsterdam.  And I look back at a beach festival in Jesolo, dancing barefoot from sunset till dawn, the image of overdosed Italians crawling on the sand forever burned into my retinas.

So no, personally it hasn’t been the worst year. I’ve been to beautiful places, met amazing people, had awesome adventures. I’ve also ended up in dumps, had to deal with a few self- obsessed pricks and experienced some disappointments. Forget all the shit you had to cope with this past year – including your inevitable New Year’s Eve hangover. Instead, focus on the random things you did that still make you burst out in awkward giggles.

And the best is yet to come, I’m sure of it.